The 2022 edition of the British Grand Prix was a sell-out success for Silverstone Circuit. 401,000 people descended on Towcester for the weekend, with more grandstands built in the lead up to accommodate the crowds. At Escapade we celebrated the progress of our build so far. Over the three days, we hosted over 300 people on our purpose-built grandstand within metres of the track, on the site of one of our upcoming Trackside Residences. 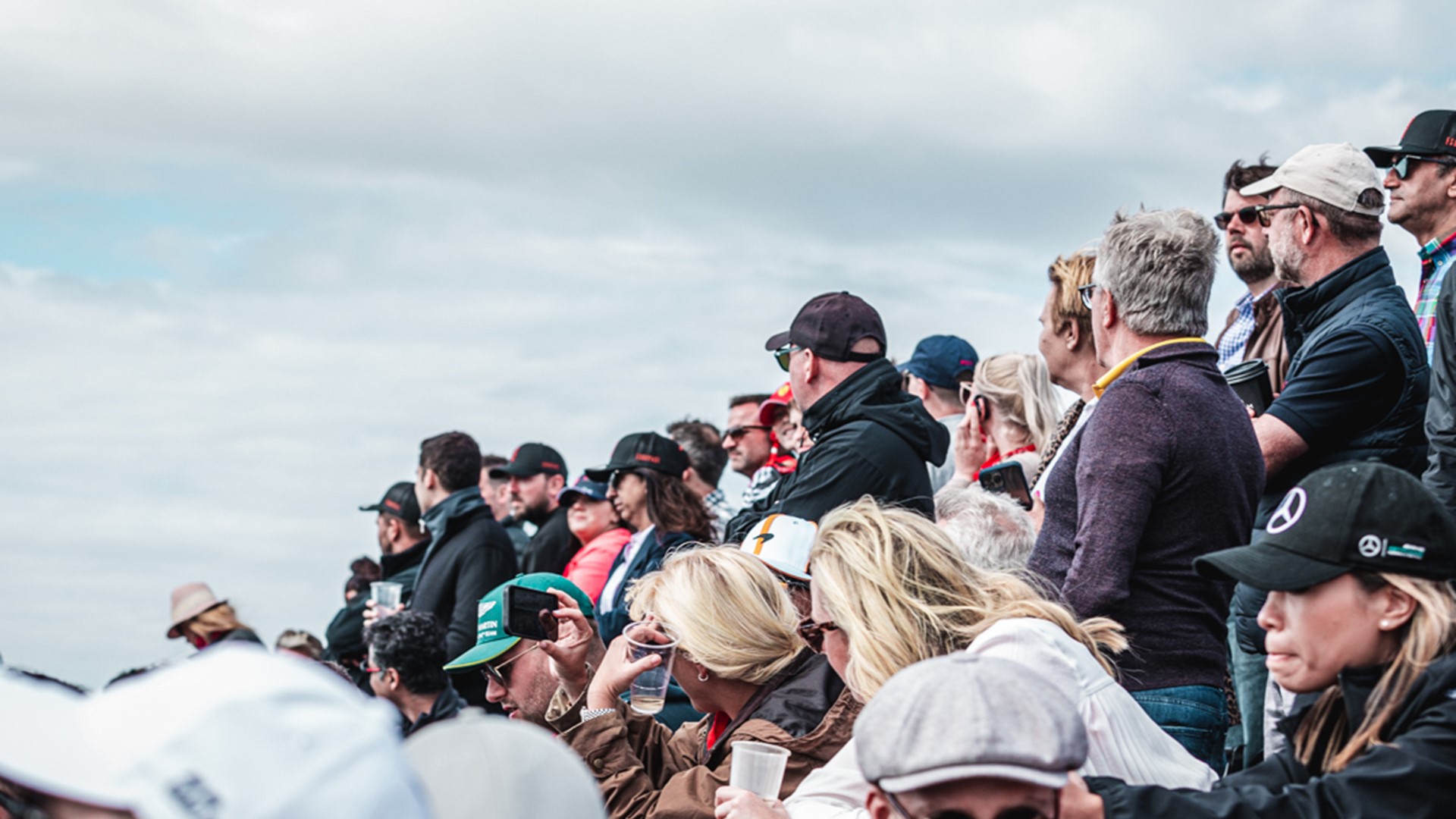 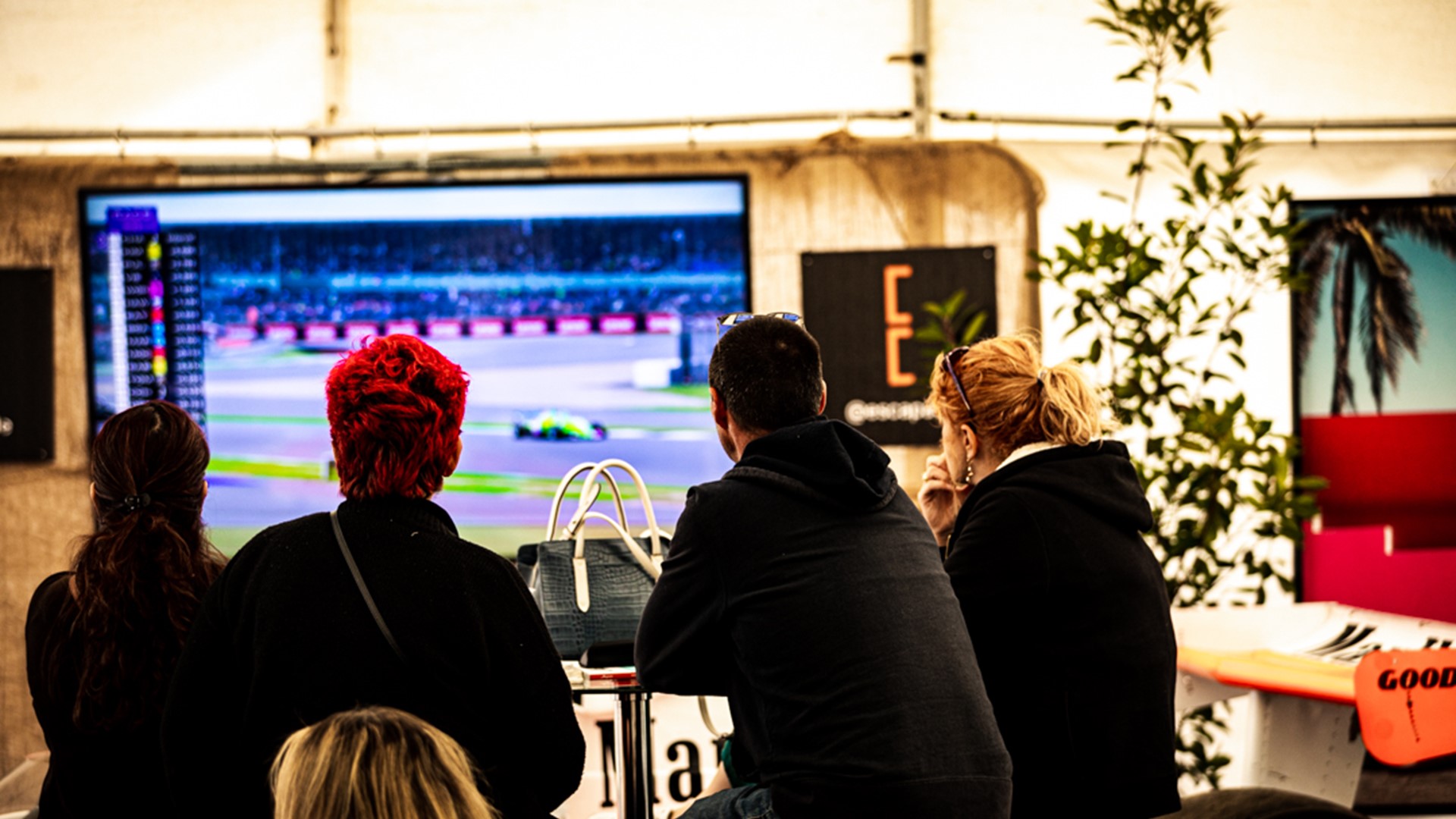 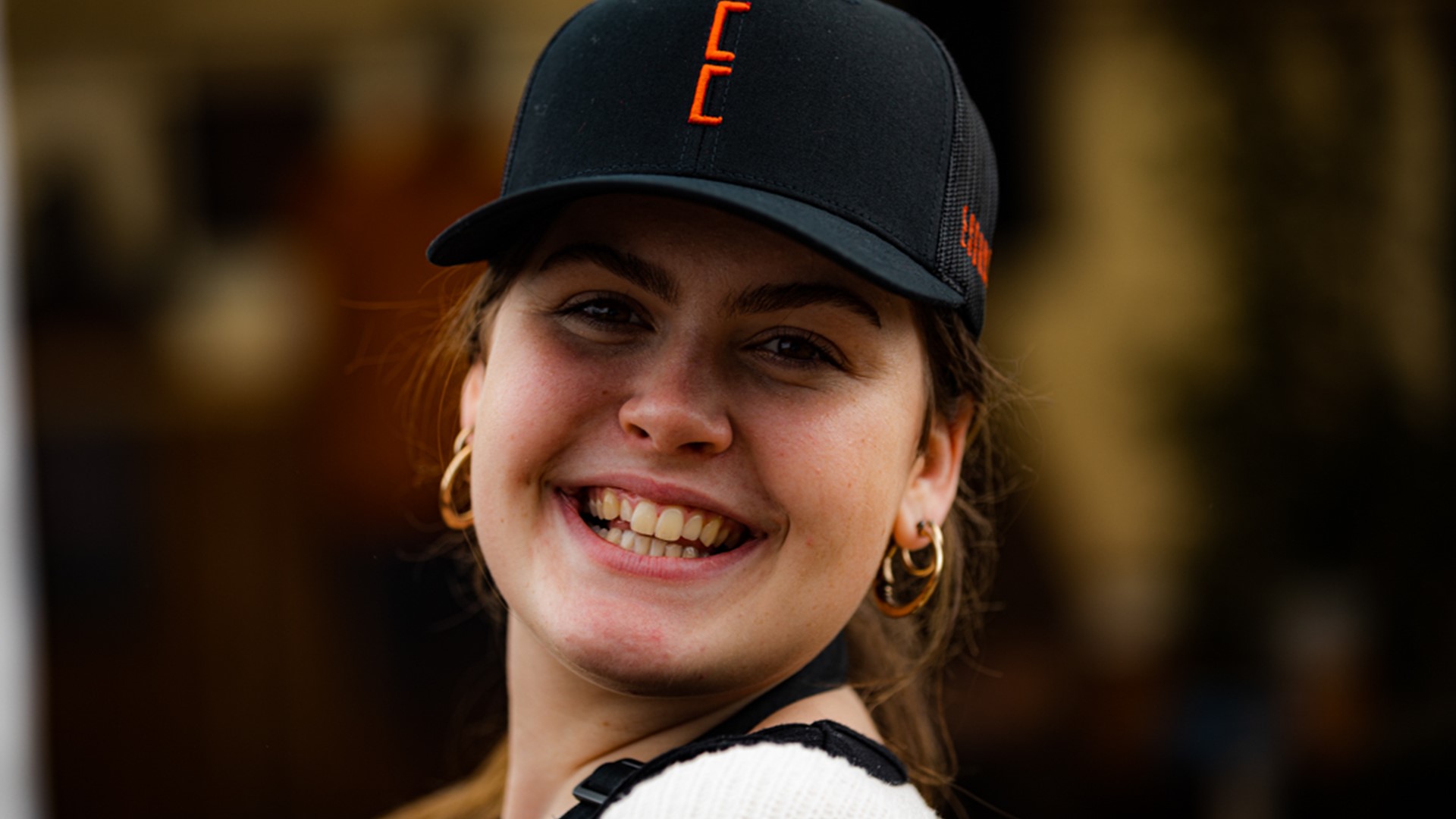 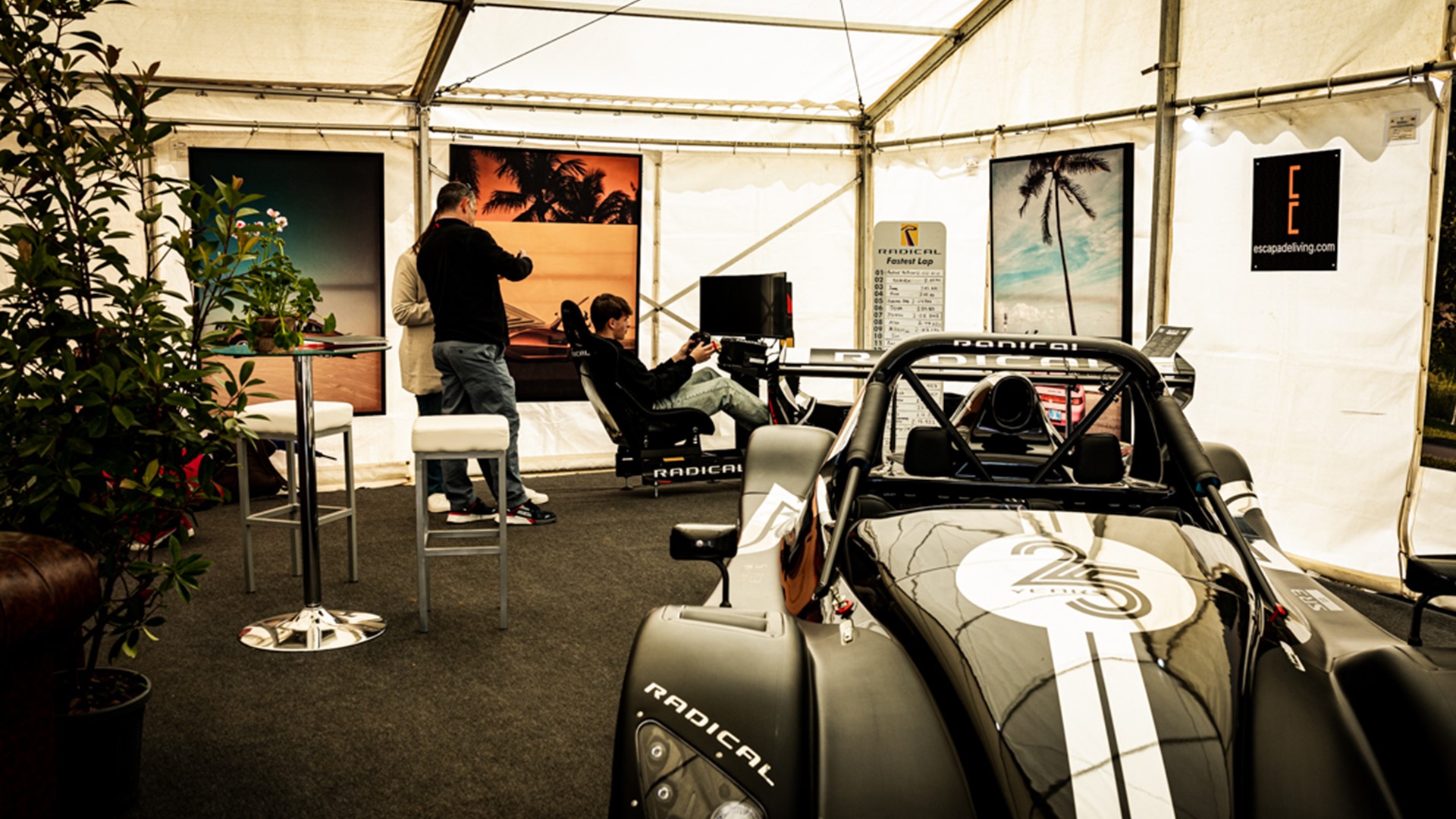 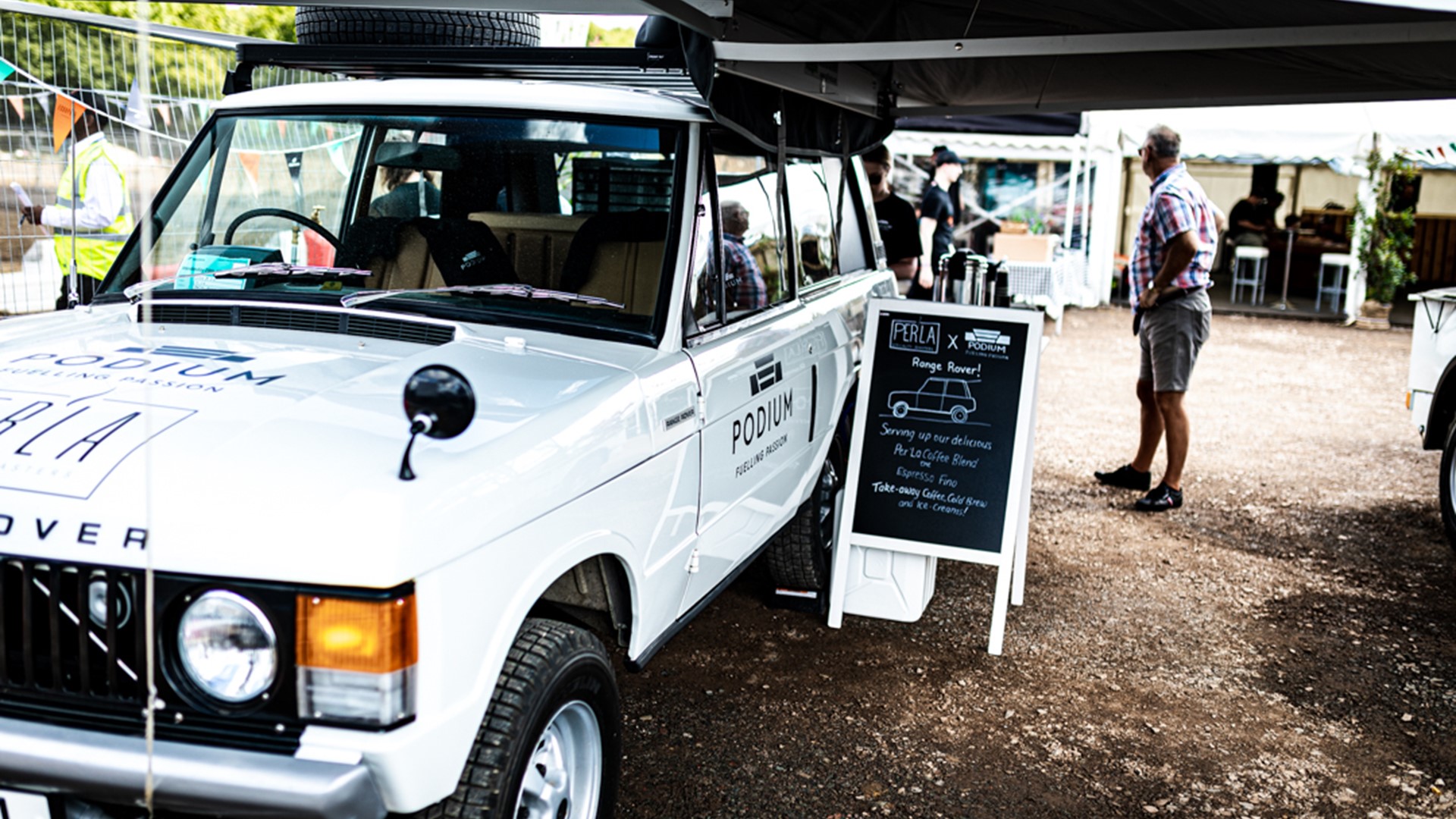 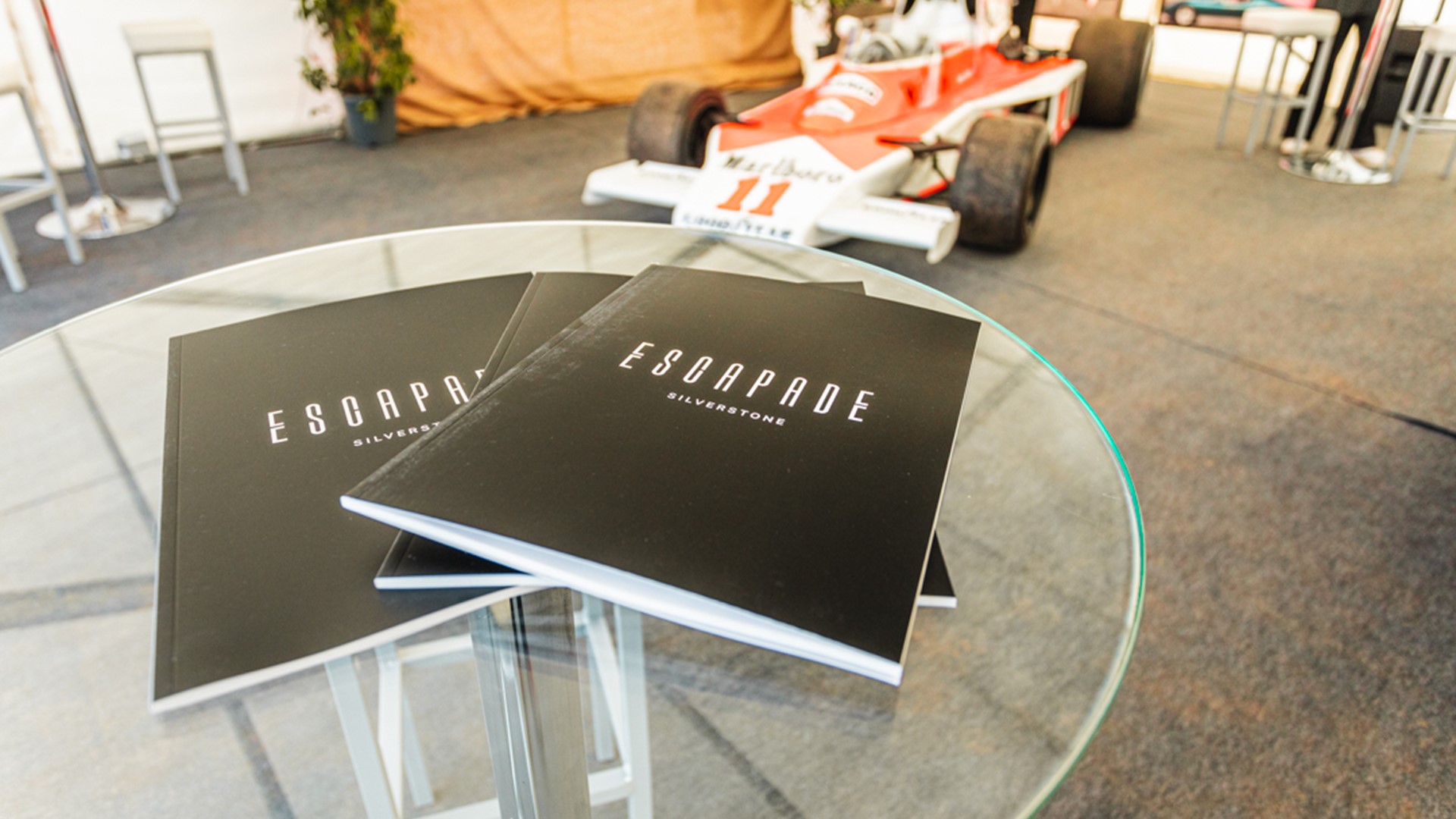 Throughout the weekend, we really enjoyed hosting such a large number of guests. As ever, our position overlooking so much of the track was a privilege to share with everyone. A super-dedicated crowd turned out to watch the practice sessions, Porsche Supercup qualifying and F2 as well as the W Series action - aside from the main F1 qualifying and race. For qualifying, the rain came down with just five minutes to spare before lights out and the session starting, proving pretty exciting for the spectators. We're glad that following his accident in the first moments of Sunday's race, Zhou Guanyu of Alfa Romeo Team Orlen is doing ok.

Our grandstand replicated the sight lines of one of the Trackside 4-bedroom Residences, which sit on the first floor (with the final 3-bedroom residences sitting just above on the second floor). Guests were also able to take a peek at the first garages which have been taking shape rapidly along the famous frontage. The build only paused for the few days of GP - and commenced immediately on the following Monday. It's understandably never easy to host such an event on a building site but we enjoyed catching up with everyone and were able to provide a good environment despite the confines of our build. Whenever we show people - from novices to experienced racers who know their racing lines - there is always amazement at the sheer quality of our views.

We think we had the finest sight lines of the British GP - or any circuit on the international F1 calendar. It was great to demonstrate the build progress while experiencing one of the most exciting races this season. I'm grateful to the project team who came together to make this a success. 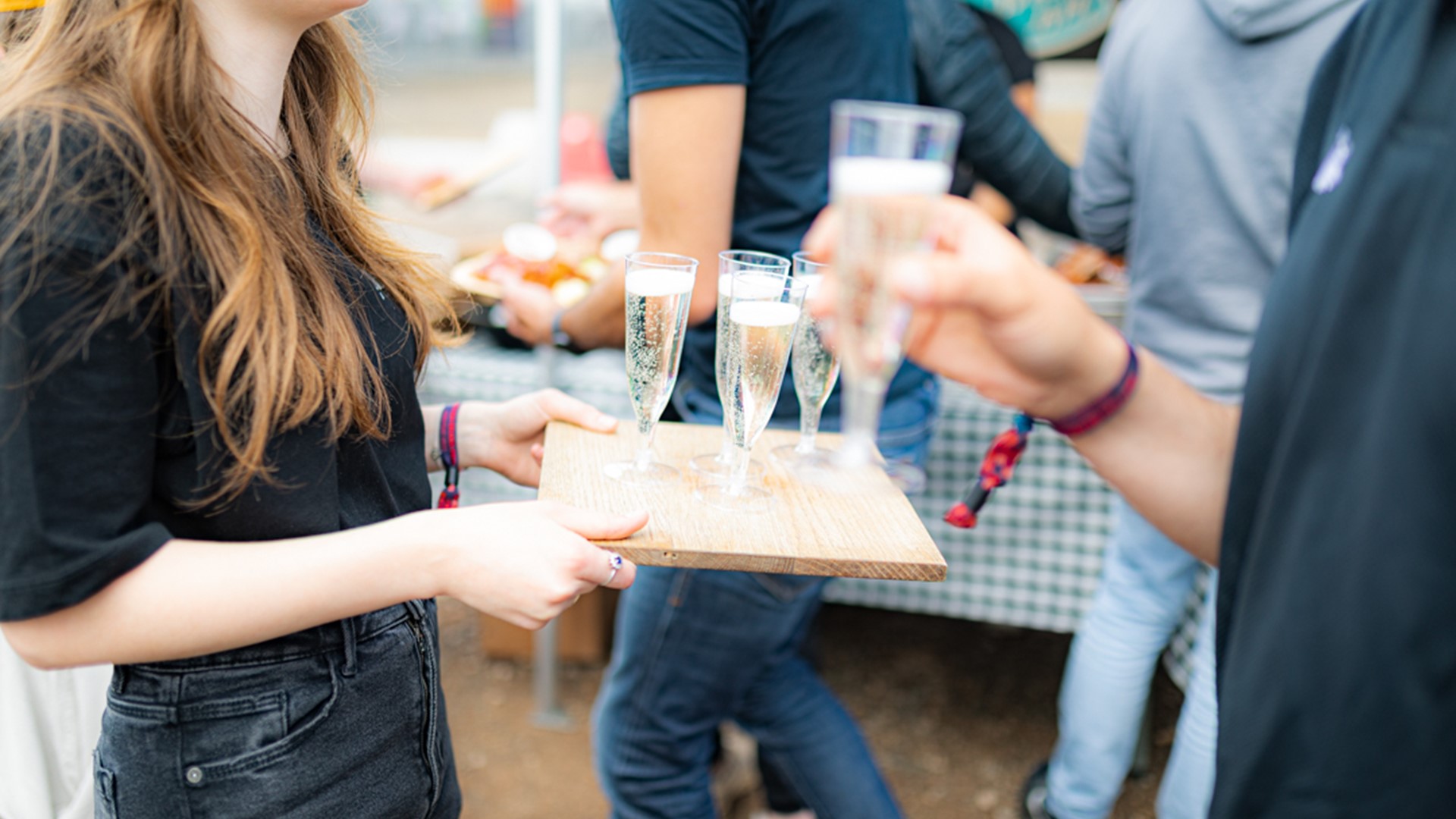 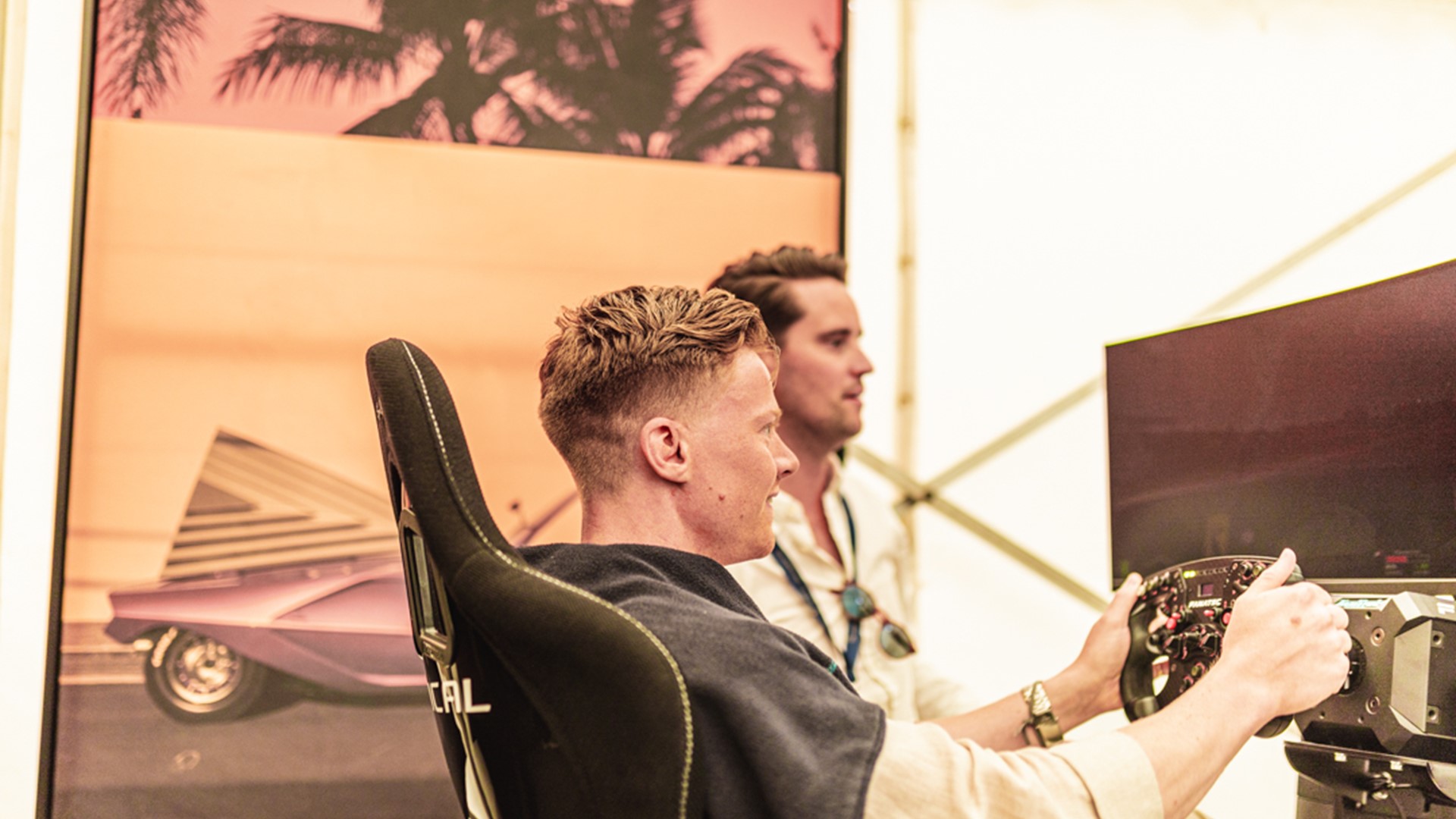 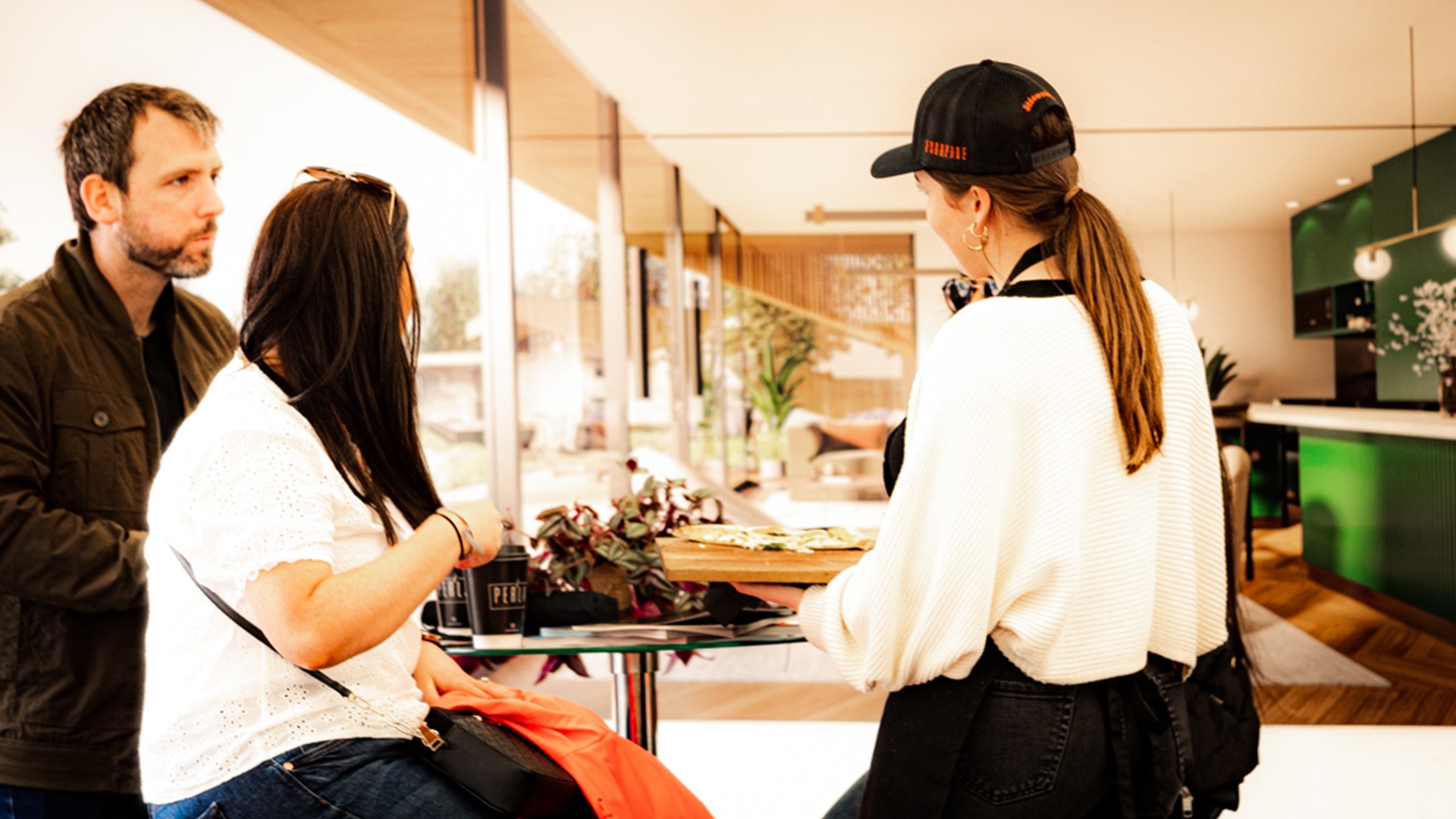 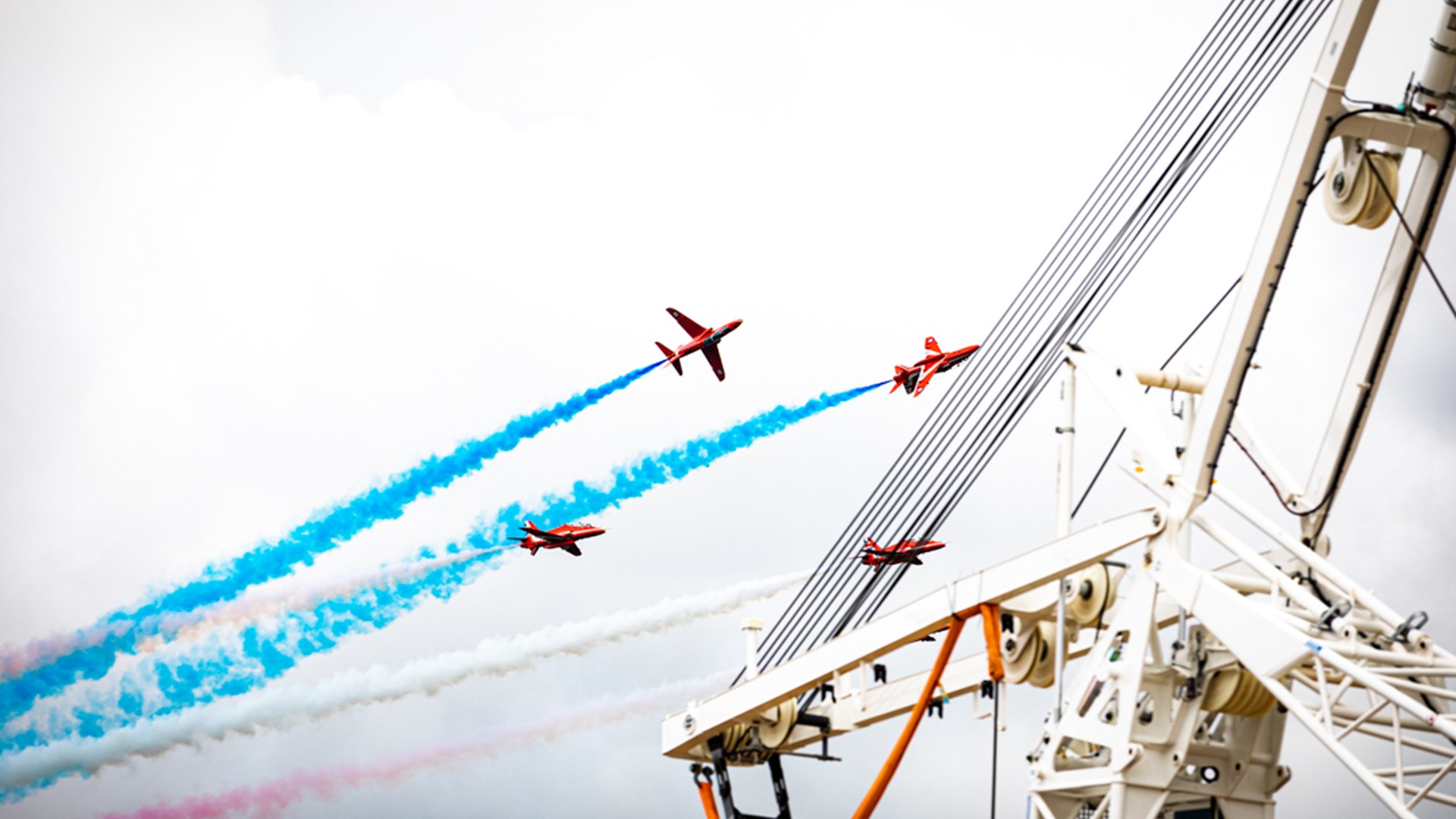 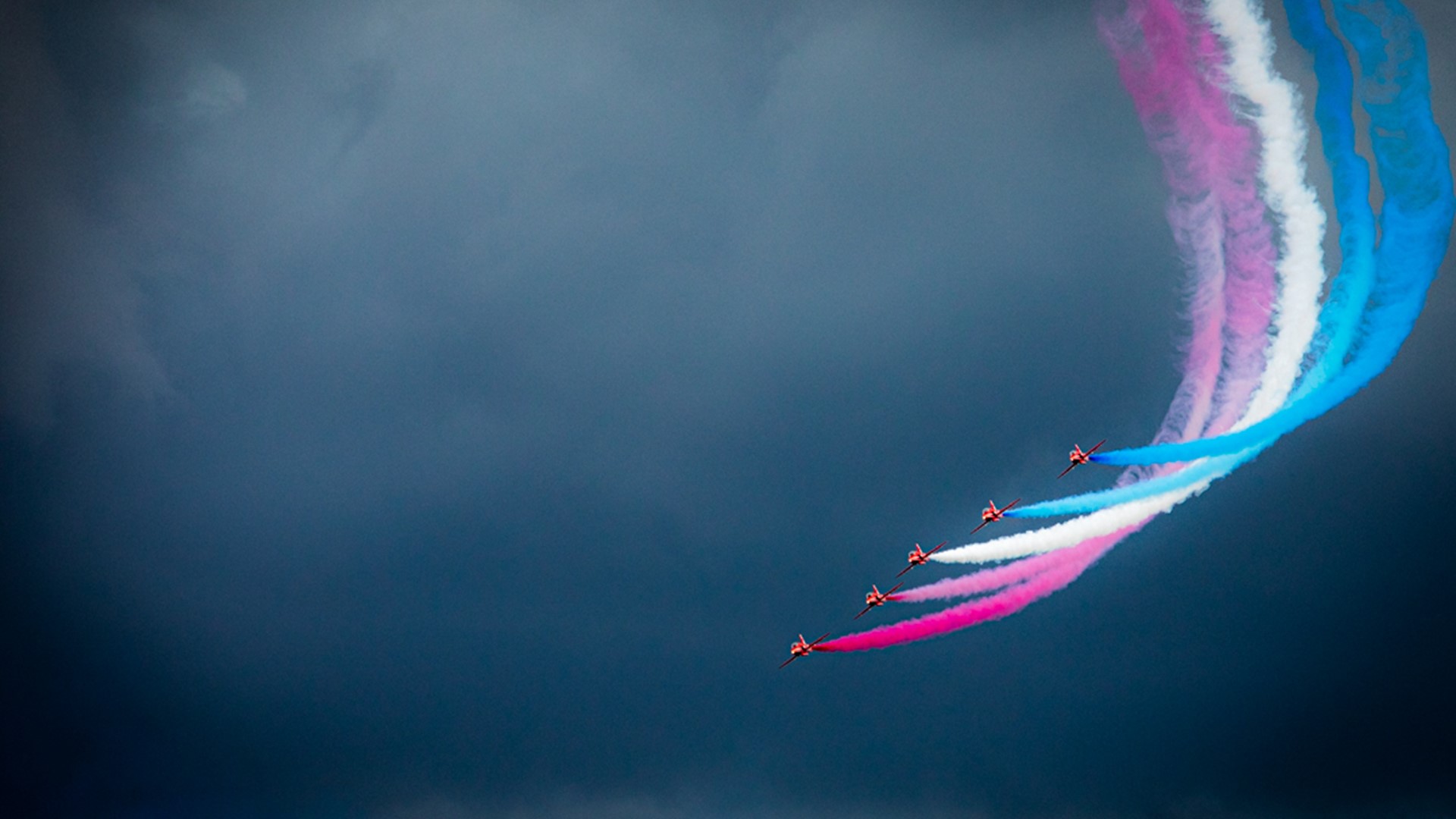 We loved surprising passers by and invitees alike with two automotive displays in the form of the original James Hunt McLaren M23 used in the Rush film and the new Radical SR3 XX provided by Radical Motorsport along with a race sim set up to replicate the real GP circuit.

With several competitive racing drivers present, there were some serious times set on the leader board - while allowing less experienced guests time with the instructors to improve their abilities to the soundtrack of Groucho Club Soho's resident DJ. We'd like to thank several suppliers and individuals, particularly Renata Fernandes of Sleeping With Art; Silverstone Distillery, Nomadi Pizza, Meat St Barbecue and the Podium Place for lending us their vintage Range Rover converted sensitively to serve coffee.

Next year, we're very excited about the first 37 of 60 Residences and the all-important Clubhouse which make up phase one of our two-phase build. Between now and then, the changes you will see on the site will be immense once again. Aside from this there are huge plans afoot at the track and the wider business parks that surround it, as part of the region's 'UK Motorsport Valley' (7 out of the F1 teams are located within an hour of us). Next year's 2023 British Grand Prix is already set to be a sell-out event. Stay tuned, the future at Silverstone is going to be even more epic. 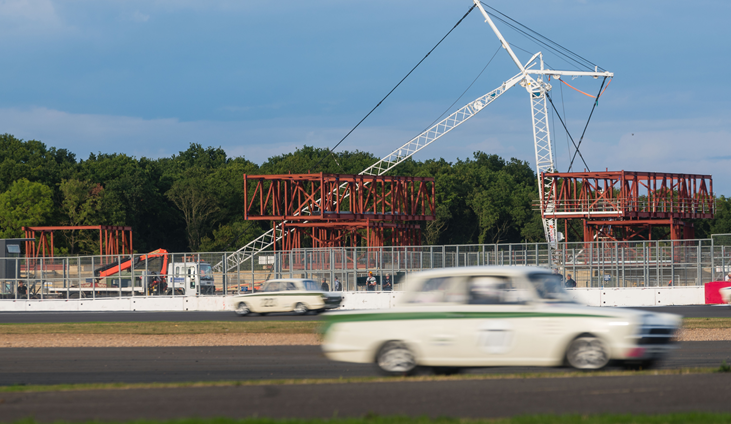 Thank you for your enquiry. You'll receive an initial automated email from our founder Will Tindall. This will be sent from the email address 'hello@escapadeliving.com'.

If this email doesn't appear in the next five minutes, please check your spam folder. If it has ended up there, please reply to the email directly or mark it as 'not spam'.